Many of us know the overflow of love within and the unique awakening power of poetry and song.  Some of us identify with the codes of righteousness….the common and accompanying invigoration that music of social justice and advocacy can bring us.

Such music may be melodies with words about our struggle against oppression.  Other songs may offer lyrics teaching freedom in action.  Still others are mere and modest melodies facilitating liberty in thought, or extraordinary anthems opening our awareness.

”It’s been a long, long time,” since, as a young child, Jenny was personally introduced to the great trumpeter and Big Band Leader Harry James, (who harmoniously recorded this signature song during our year of birth – 1945), and then, as a teenager, was in awed personal conversation with, and held the sitar of transcendent Ravi Shankar.*

Here are a few singer/songwriters, musical artistes, on this page of our website, who are close friends, and who are of personal and great importance to our own missions to the underserved and underrepresented.  Welcome to their worthy websites……..

As Mr. Ben Rollins reveals to us regarding the unsurpassed musical/lyrical work of Bob Dylan: “The magnificent music matches the searing lyrics.”

We welcome you to also view some of Bob Dylan’s unsurpassed art, our personal Face Value Portrait Collection, within the following video:

“…the rebel, the rake, the luckless, the abandoned an’ forsaked, the outcast, the gentle, the kind, the deaf an’ blind, the mute, the mistreated, mateless mother, the mistitled prostitute….”

~( Excerpted and Reprinted with Permission from the Nobel Laureate; Copyright © 1964 by Warner Bros. Inc.; renewed 1992 by Special Rider Music)

We invite, encourage,  you in enter in, to learn more about our friendship, and our inaugural partnership, our membership on the Planning Team, of the glorious home of the most worthy history, the meaningful archives, the library of our Nobel Laureate, Mr. Bob Dylan: 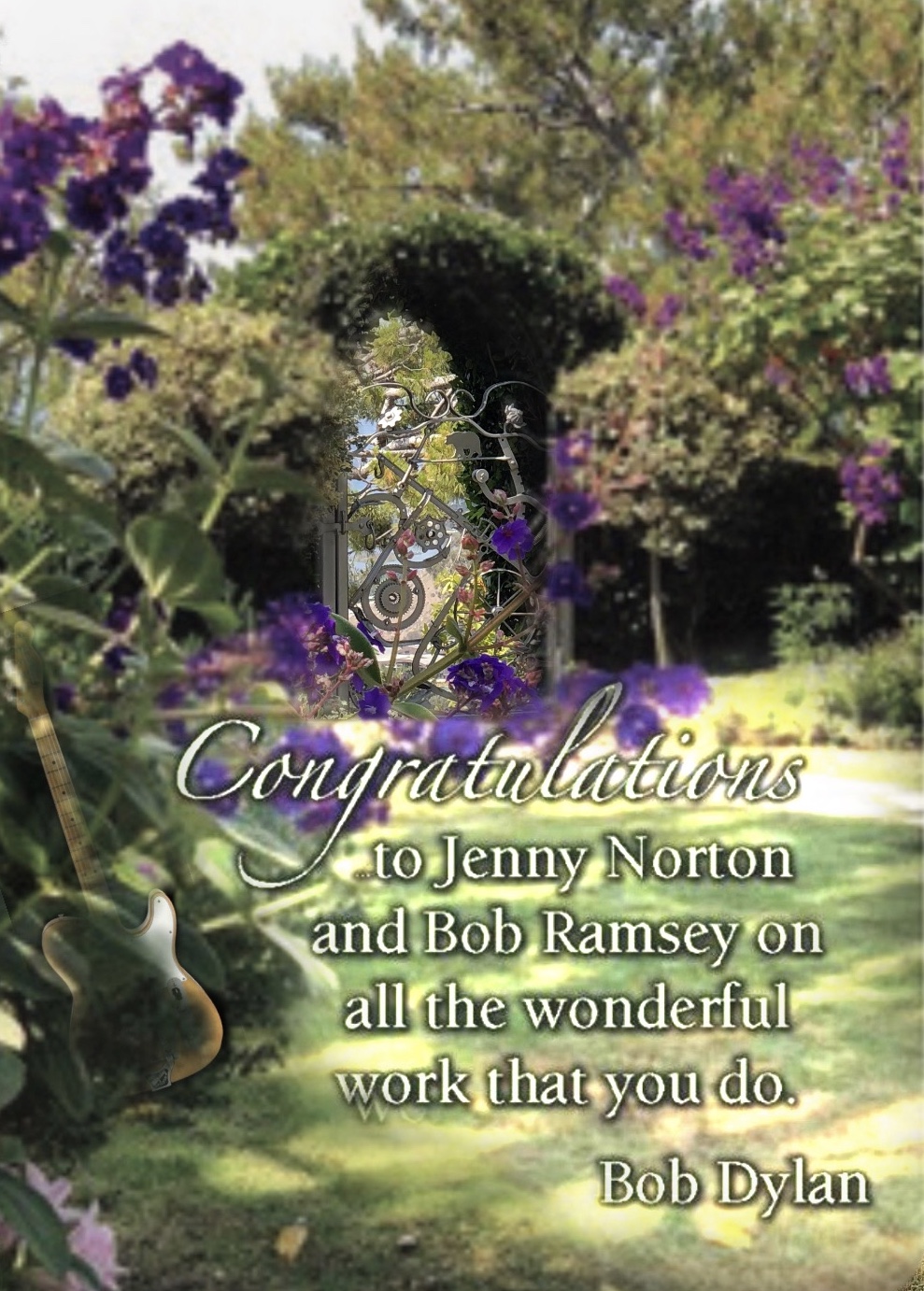 THE GILCREASE MUSEUM
Bob Dylan: Face Value and Beyond

“During September, 2001, on September 12th (“the day after”), my EMS husband, Bob Ramsey, was summoned to New York City for a tour of duty at Ground Zero, to help in organizing the tragic victims’ systems.

His plane was the first in the air from Sky Harbor to New York, where he spent weeks in ardent work, saddened, yet determined.

Later, Nobel Laureate Bob Dylan painted a commemorative portrait to present to Bob. The portrait depicts my husband Bob’s sad, determined countenance, with shadowy skeletons of our Twin Towers in the background.

Many years later, when the significant and magnificent Face Value Portrait Collection was displayed, we personally viewed the Collection at London’s National Portrait Gallery on December 31, 2013.

That evening at midnight, while at the London Eye, we heard Big Ben’s Midnight Chimes, midnight tolls, and we knew that we were honored to purchase the Nobel Laureate’s portraits of the meaningfully beautiful faces, and then, to share the most splendid portraits of those whom he has met and sketched along his Beaten Path: the rebel, the rake, the luckless, the abandoned an’ forsaked, the outcast, the gentle, the kind, for the deaf an’ blind, for the mute, the mistreated, mateless mother, the mistitled prostitute. 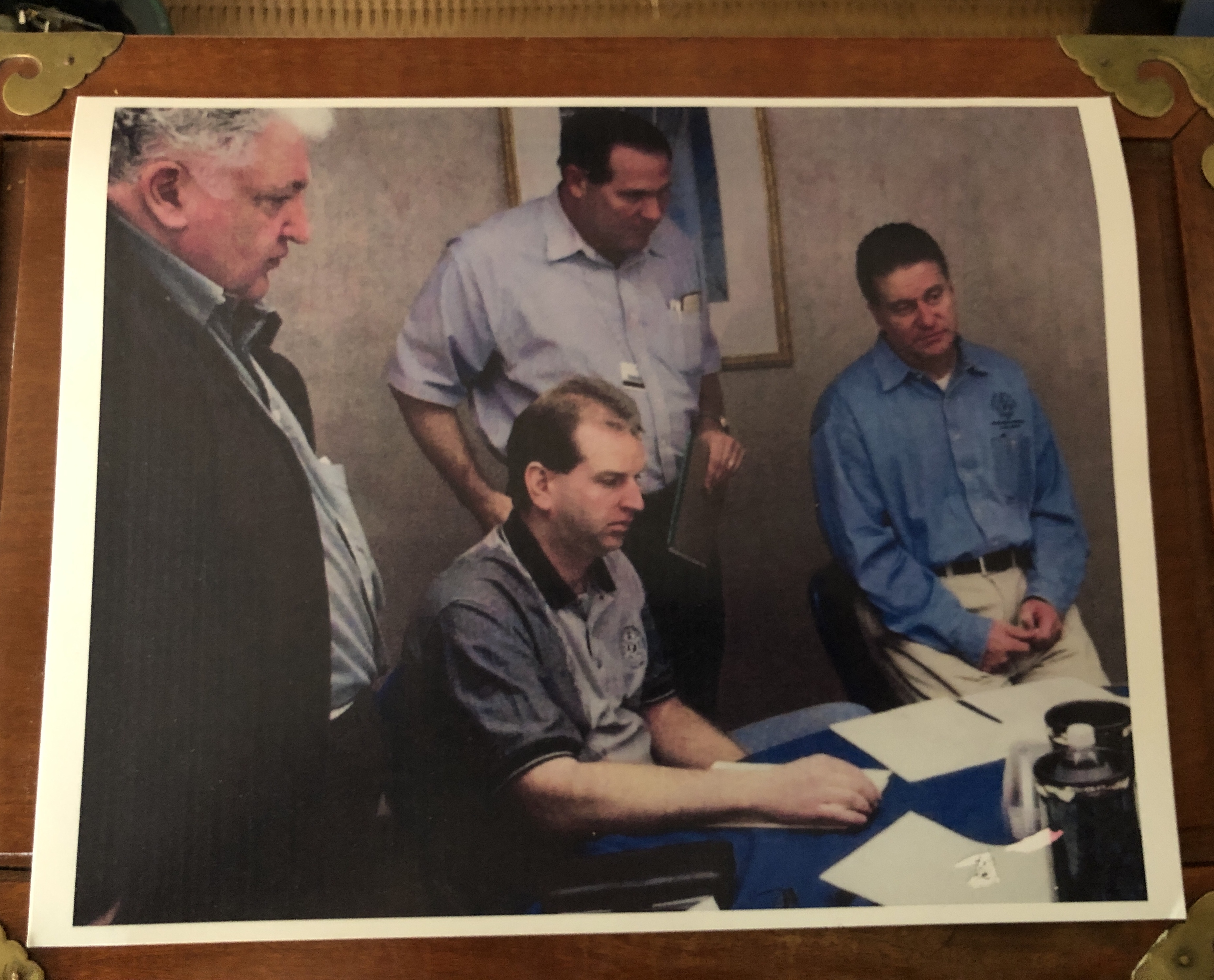 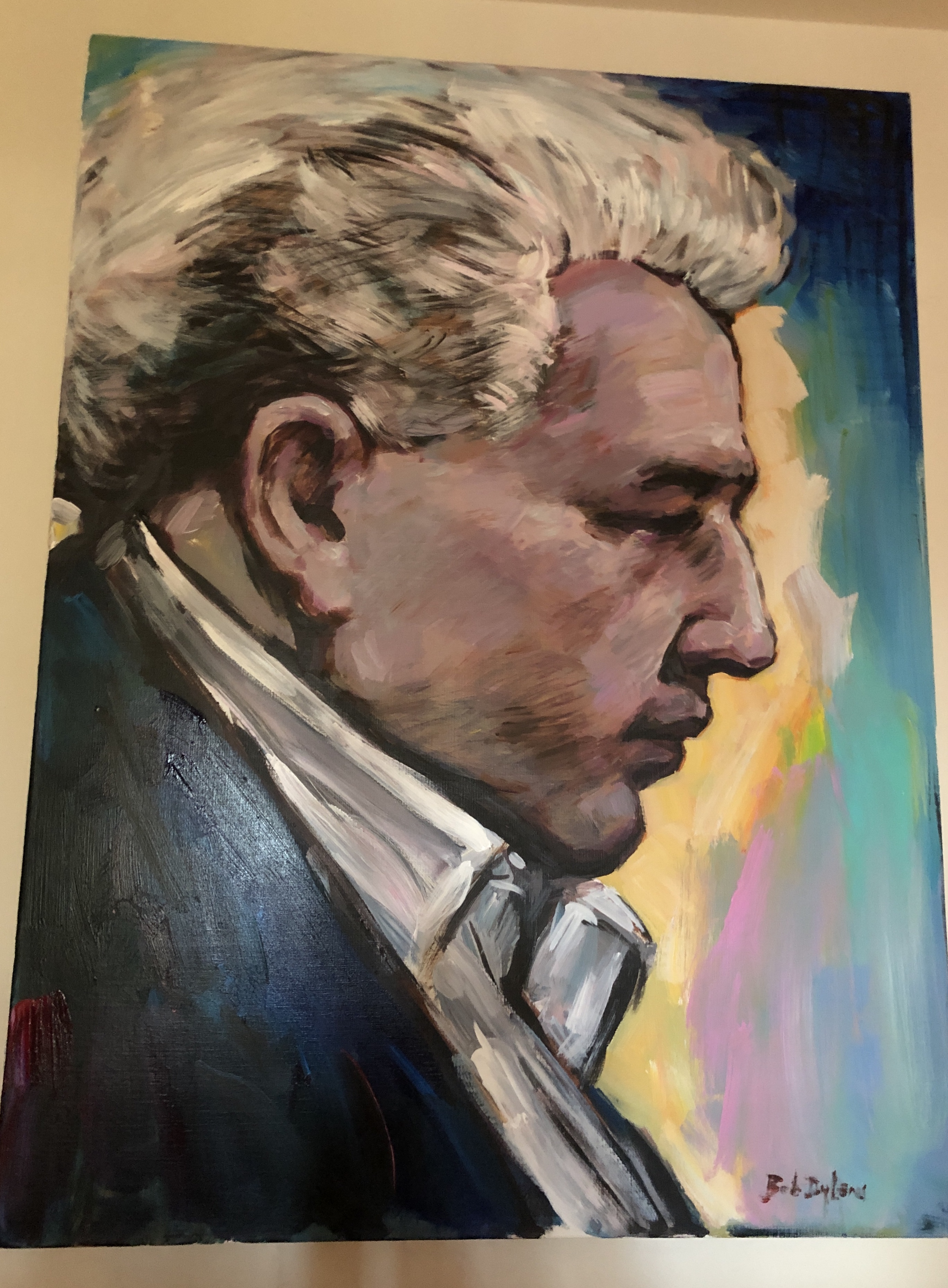 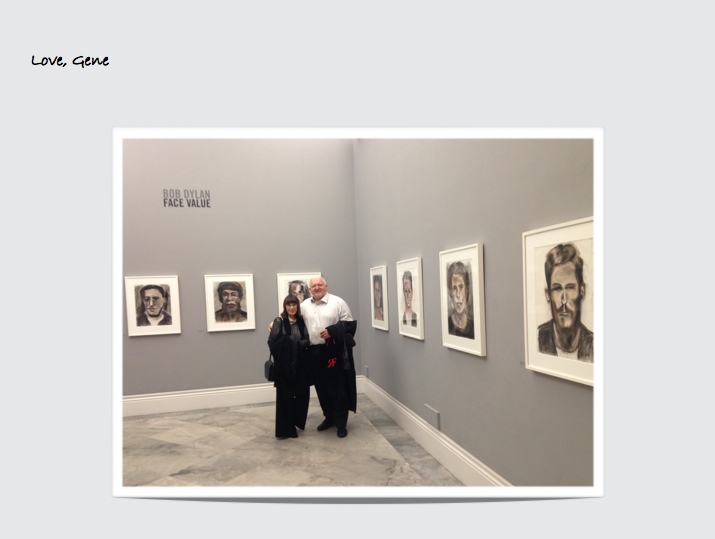 “It may seem dishonest to build an exhibition around a series of portraits, said curator Michael Chaiken at the daily Tulsa World. “But in reality it is a ruse to show what these archives reveal the multiple artistic facets of Bob Dylan.”

May we invite you to listen to kind Mr. Chaiken?

“Bob Dylan: Face Value and Beyond” at the Gilcrease Museum

Our dear friend, Graham Nash, musician of meaningful and elegant music and art, and conscientious advocate for our Cause to end homelessness, has created the following inspiration for us: 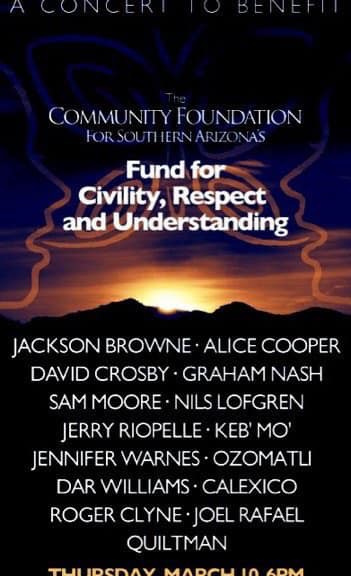 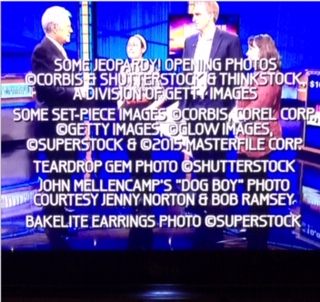 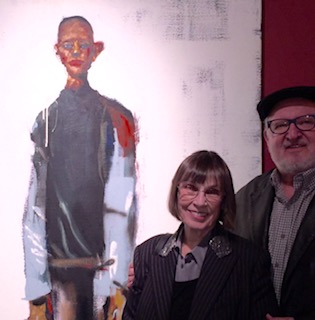 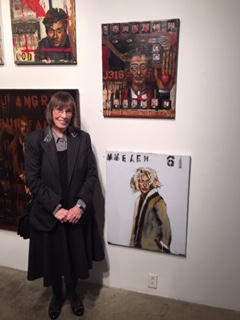 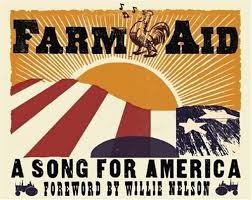 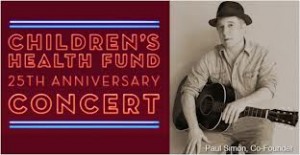 Every Child Deserves a Doctor, and the Ramsey Foundation is happy to announce that we will walk alongside the Children’s Health Fund, which was co-founded in 1987 by singer/songwriter Paul Simon, with pediatrician/child advocate Irwin Redlener, MD and Executive Director Karen Redlener, MS

We are dedicated to serve with the Children’s Health Fund, with a specific focus on their mobile units to impoverished ares, and we invite you to serve as well.  Their commitment is unsurpassed toward providing health care to the nation’s most medically underserved children. 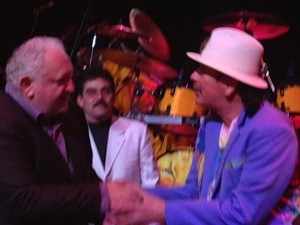 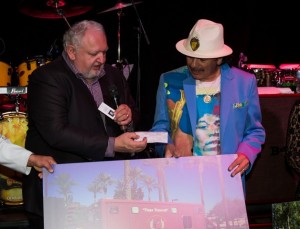 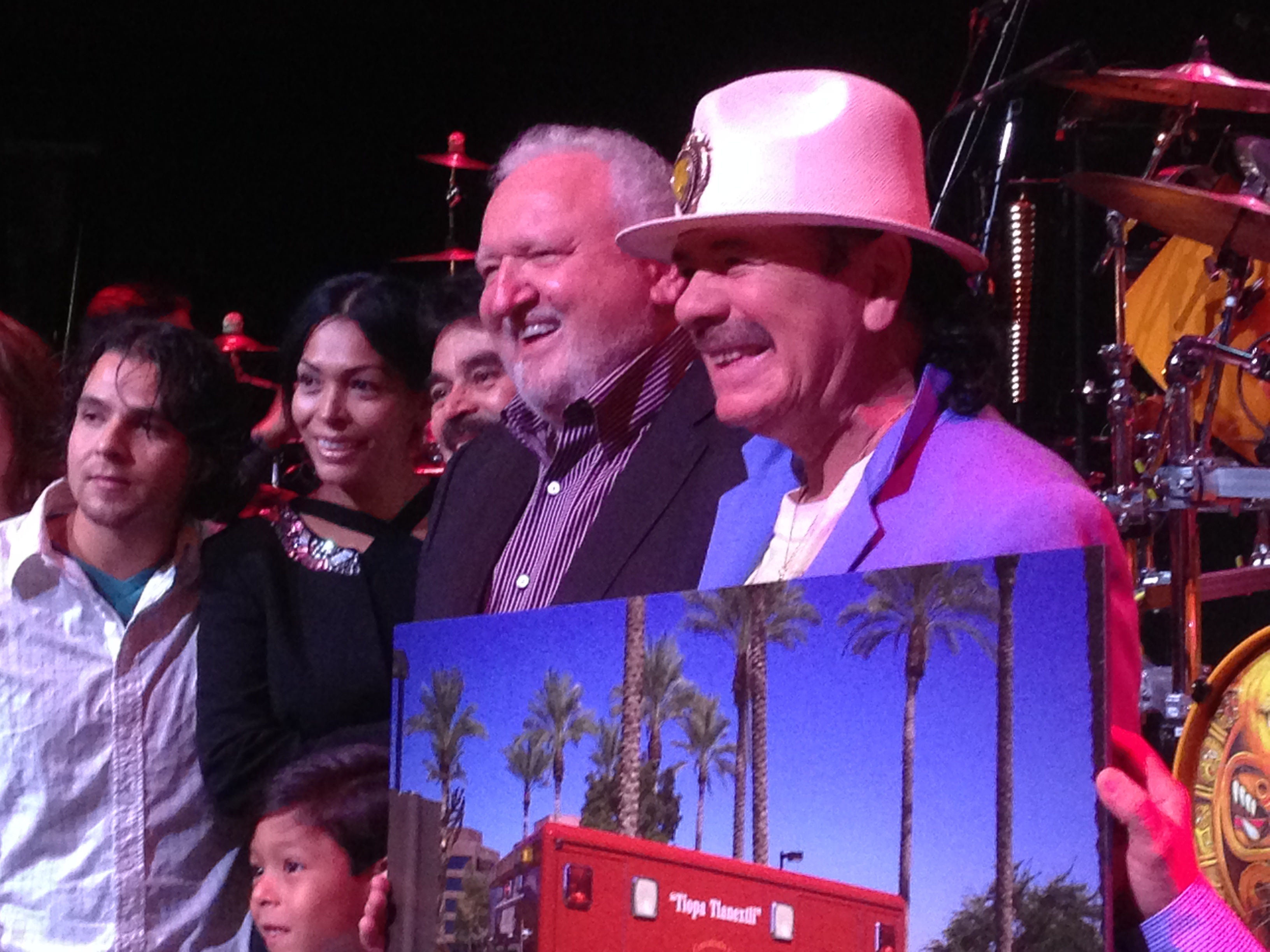 All children are our children, and with all our love we send an ambulance for all the little ones who receive care at Carlos Santana’s Centro Comunitario de Salud in Jalisco, Mexico. Bob presents a gift from his wife to Carlos, explaining: un regalo por los niños de las commadres de la Jenny.

A seventh-generation Quaker, Bob Ramsey’s life long experiences of meditation, of going into the Silence, has revealed to him what David Lynch also teaches, inside each of us “is an ocean of pure, vibrant consciousness”.  We join with David Lynch and his Foundation’s CEO, Bob Roth to share, with love, this awareness with our inner-city children.

Christmas in the Heart – Paul Snyder informs :”During a recession winter when U.S. employment (was) hovering near 10%, US royalties from ‘Christmas in the Heart’ are going to the charity organization ‘Feeding America.’  International royalties are going to charities in the UK and the developing world.”  Jenny adds:  more than four million meals to the hungry have already been guaranteed by Mr. Dylan, plus the music is preciously honest, gloriously meaningful, and provides a perfect background for  “grandchildrening…..” 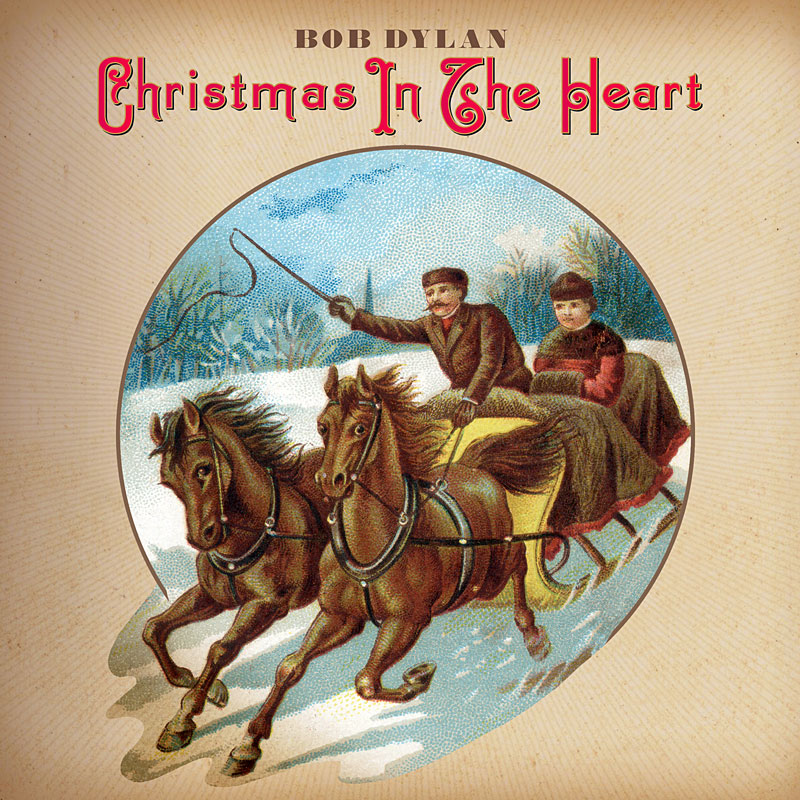 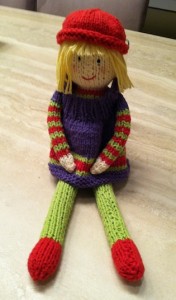 Among the most glorious and educational listening moments ever for Jenny was when Bob read aloud the wonderful, late Paul Robeson’s underlined passages within Mr. Robeson’s own personal copy of the great Paul Laurence Dunbar’s “Lyrics of Lowly Life”.
The underlined passages were about the sad time that our hero Frederick Douglass went Home to Our Lord. One passage revealed that “A hush is over all the teeming lists”.
Bob was holding in his hands Paul Robeson’s personal copy of the “Lyrics of Lowly Life” because of the beautiful work of Ms. Heather at Honey & Wax. The Ramsey Social Justice Foundation welcomes you to learn more here: 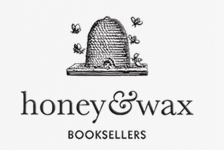 THE EDLIS CAFE OFFERS YOU A NEW BOOK ABOUT AN OLD TOWN, HIBBING:

FROM THE EDLIS CAFE PRESS: 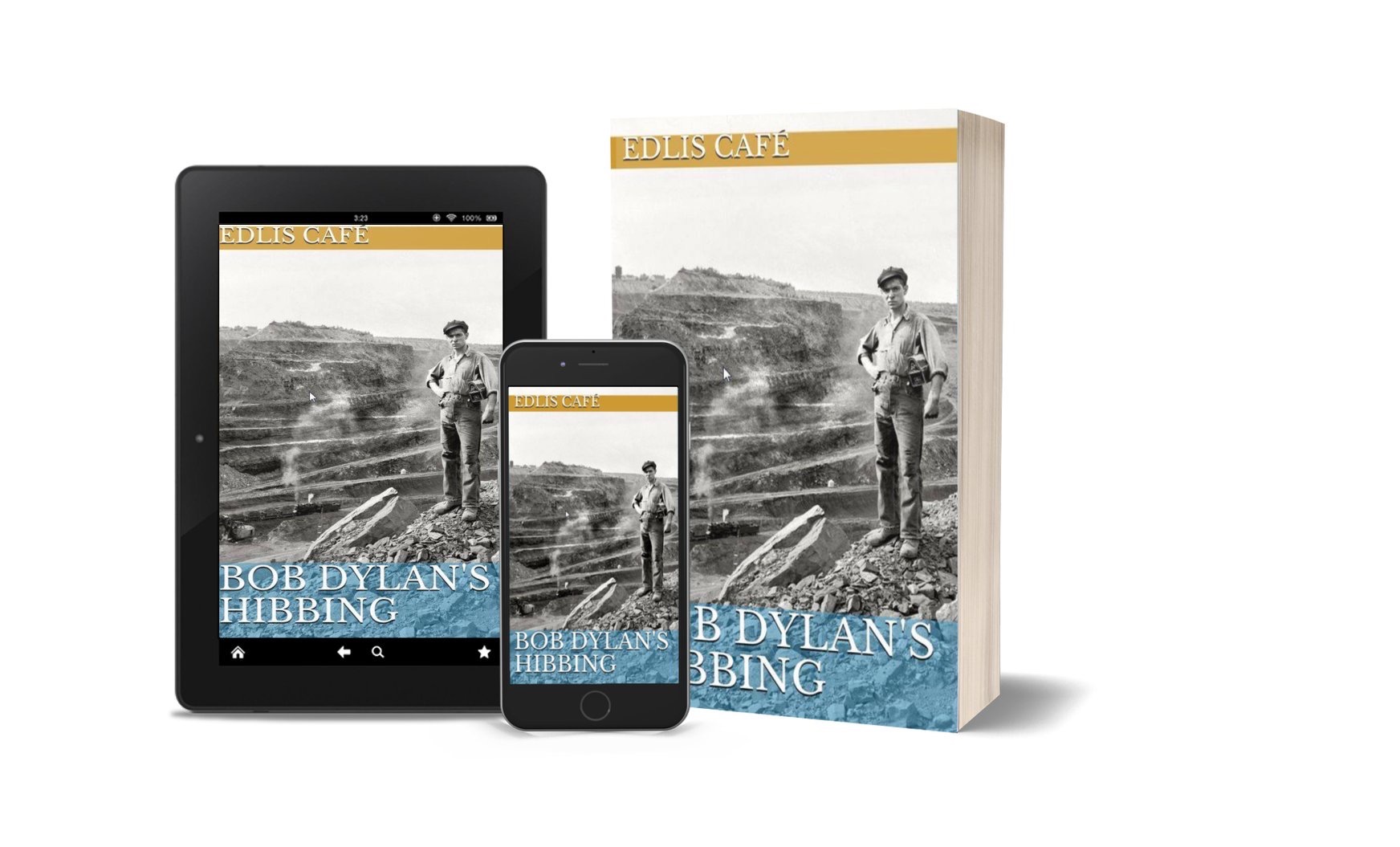 “This is the best Bob Dylan book I have ever seen. Why? Because it is different, it shows the Hibbing roots of Bob Dylan which echo through so much of his work, in songs most obviously but also in paintings, sculpture, prose and films.

Cars, motorbikes, mining, labour politics, unions, small town America, weather extremes, films, films and films again. The film theatres in this book evoke a time in the past when taking a date to a film was magical. Especially with access to a crying room!

And to see the seeds of Bob’s fashion sense, I love the pic of Gus Hall in his hat and the similar hats of Bob Dylan in the images to each side. And Curly’s Bar, you can picture Bob there, underage, listening to the poetry, with friends all drinking, thinking that they’ve got it made… The Finnish club and the Finns he befriended at a time when there was bizarre racial prejudice against Finns.

This book is not an analysis of songs and meanings. It is not an exposé of anyone’s personal life. It is not a remake of the many predictable books on Bob Dylan. It is instead about the origins, the myths, the speculation that in the final end shows you why Bob Dylan came out of that little Minnesota town. When you next share a room with Bob Dylan and see him onstage you may be surprised how many of the images in this book  you still have in your mind as they are shown to you in his performance. You will see them shine.

A large book. Lavishly illustrated. Buy it. You won’t regret it.”  —  Stu Tilley

With highest thanks to Woody Wilson and Walt Richardson for bringing song and awareness towards solidarity with our homeless neighbors, our street neighbors: 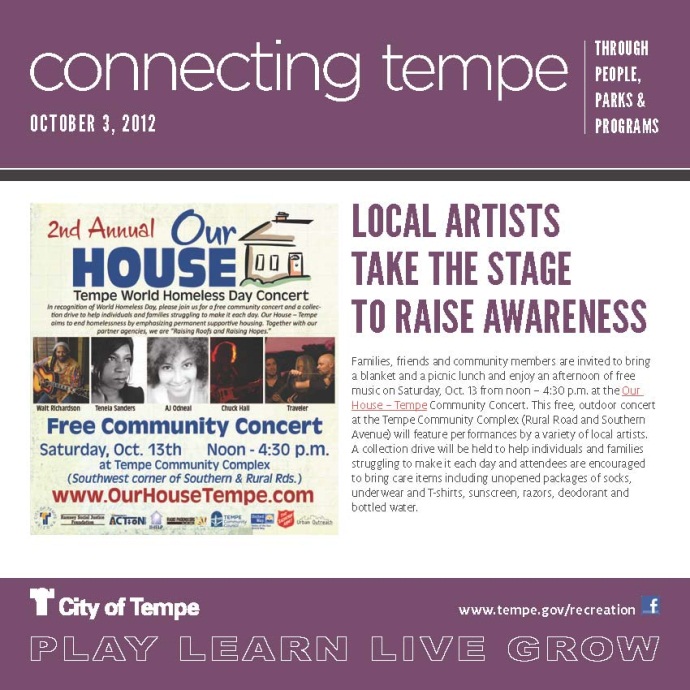 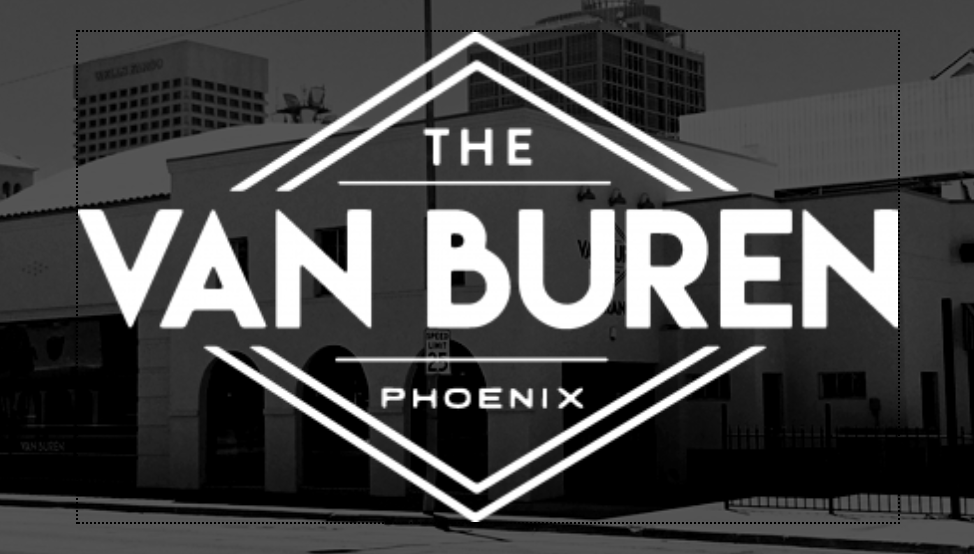 After a splendid opening night during August of 2017, we are honored to belong to the family of The Van Buren, Phoenix’s newest 1800 capacity concert venue – converted from an historic Mercedes auto-dealership located right next to our childhood church, and a just a few blocks from our high school and childhood home in Phoenix.

Welcome to our “wide array of nationally touring artists and community events”!

May Jenny and Bob Ramsey invite you to read more about our opening night below:

See this article from our grand opening night 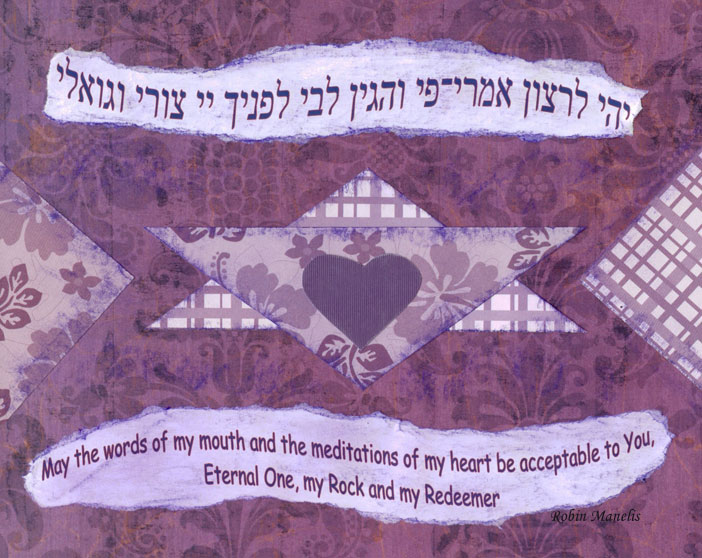 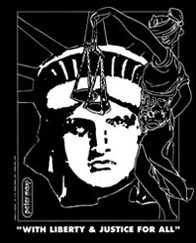 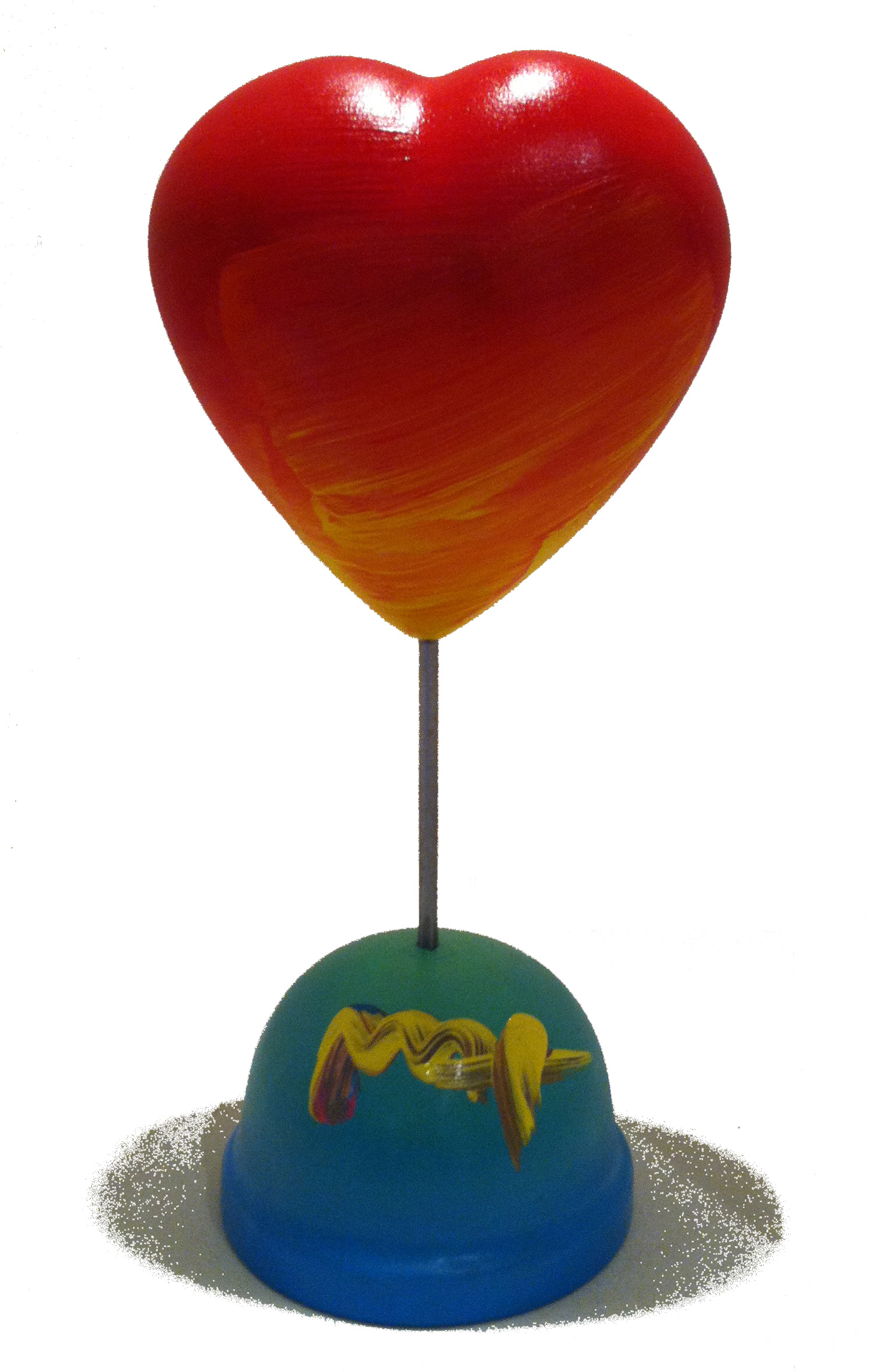